Across North Texas, companies are promoting and hiring people to take on leadership positions within their organizations.

Dallas Innovates covers prominent personnel moves in Dallas-Fort Worth businesses and nonprofits—from the newest startups to well-established companies. Here are the people moves tied to innovation and technology in the region.

Don’t miss a move: Get Dallas Innovates Every Day. Have a move? Let us know. 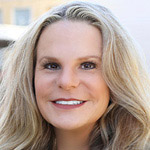 Dallas-based Nexus Recovery Center, a nonprofit that specializes in substance use disorder treatments for adult women, has appointed Cameron Hernholm as its new chief philanthropy officer.

A seasoned nonprofit executive for 18 years, Hernholm has an array of expertise in major gifts, capital campaigns, annual giving, grant writing, special events, and public relations. Previously, she was the chief advancement officer at Communities In Schools of the Dallas Region, in which she led a development staff in raising funds for public school students across North Texas. In her new role, Hernholm—a Certified Fund Raising Executive (CFRE)—will oversee all aspects of the organization’s fundraising, marketing, and PR efforts.

“Nexus Recovery Center is privileged to welcome an executive as experienced and passionate as Cameron to our team,” Heather Ormand, Nexus Recovery Center’s CEO, said in a statement. “We’re confident that through Cameron’s leadership, Nexus Recovery Center will continue to grow our services even beyond what they are today, and offer outstanding, comprehensive assistance to the women and families we serve on their sobriety journey.” 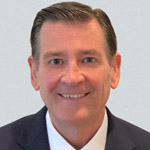 Dallas-based Lennox International is in search of a new chief executive following the news that current CEO and Chairman Todd Bluedorn is stepping down, effective mid-2022.

Bluedorn has helmed the global provider of energy-efficient climate-control solutions for the past 15 years. This week, he informed the board of directors he will be leaving to create a better balance between his personal and professional priorities.” During his tenure, Lennox’s market cap grew from $2.5 billion to more than $13 billion, resulting in a total shareholder return in excess of 18 percent annually.

“It has been a privilege to lead LI these past 15 years and I’m extremely proud of all we’ve accomplished together,” Bluedorn said in a statement. “With an exceptional management team, hard-working and dedicated employees, key strategic investments in product, technology, and distribution, and strong end markets, we are well positioned for continued momentum in 2021 and beyond.”

Hillwood appoints a lead of its Alliance Aviation Companies 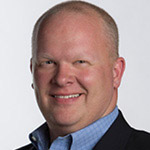 Fort Worth-headquartered Hillwood, an industrial, commercial, and residential real estate developer, has promoted Christian Childs to president of the Aviation Companies at Fort Worth Alliance Airport.

Childs, who has more than 23 years of experience in aviation, will lead the airport and its team through an anticipated rapid growth period. 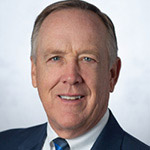 With the move, former President Tom Harris will move into the role of executive vice president of Hillwood.

Hillwood also announced another leadership move with the transition: Christopher Ash has been promoted to senior vice president of aviation business development. 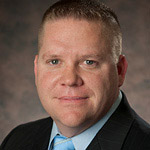 In his new role, Ash will focus on expanding military, corporate, airline, and real estate partnerships while maintaining oversight of AllianceTexas Fuel Services and serving as a central leader within the Aviation Companies.

Recently, Hillwood announced a research partnership between the MIZ and the Texas A&M Transportation Institute. You can learn more about what that means for the innovation zone here. 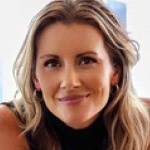 Fossil Group, the fashion designer and manufacturer based in Richardson, is expanding its executive leadership team with the addition of Holly Briedis as its new executive vice president and chief digital officer.

The move comes at a time when Fossil is working to build on its industry-leading transformation to a digital-first retailer. In her new role, Briedis will be responsible for leading all digital initiatives. She brings more than 15 years of experience in digital marketing and retail to the company, having most recently served as a partner leading the Omnichannel and Customer Experience practice at McKinsey & Company.

“The digital footprint of consumers continues to grow, and brands leaning into this evolution are the ones driving growth,” Fossil Group Chairman and CEO Kosta Kartsotis said in a statement. “Holly’s extensive leadership and expertise in driving customer-centered digital transformations for retail brands during her time with McKinsey & Company will help Fossil Group cement itself as a digital-first retailer.”

Eyemart Express gets a new CFO 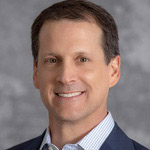 In his new role, Loftus will lead the retailer’s finance department, while serving as a strategic adviser to the CEO and leadership team. He brings more than 25 years of finance experience to the company, specifically in the retail sector. Most recently, Loftus was the CFO of Lori’s Gifts, a provider of hospital gift shop retail and concierge services, and before that he held finance leadership roles at GameStop and Blockbuster.

“Mike will be an excellent addition to our Eyemart family, as he brings a strong track record in achieving data-focused operational and financial goals, and building high-performing, cohesive teams,” Eyemart Express CEO Michael Bender said in a statement. “His hands-on approach and leadership experience will be an invaluable addition to propel our growth strategy.”

Evolve Mortgage Services names a lead to its digital team 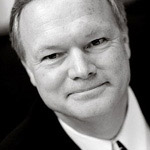 Frisco-based Evolve Mortgage Services, a provider of onshore outsourced mortgage services, has brought on Tim Anderson, a pioneer in the mortgage technology space, as its new executive vice president and director of its eMortgage strategy.

In his new role, Anderson will oversee the deployment of Evolve’s end-to-end digital closing platform, leading a team of well-known mortgage experts with a deep industry knowledge of all things digital. Anderson has come full circle: He previously served as the president of Evolve’s SigniaDocs subsidiary from 2007 to 2010. He has also held leadership roles at Black Knight, DocMagic, and Pavaso throughout his 35-year career.

“Our recent investment in E-Notary Seal has enabled us to build the mortgage industry’s only complete end-to-end digital closing platform in real estate finance,” Evolve Mortgage Services Founder and CEO Paul Anselmo said in a statement. “Now, with Tim on board, we have an industry pioneer with deep roots in developing the digital closing process to fuel mass adoption of this truly digital end-to-end closing experience that we’ve created.” 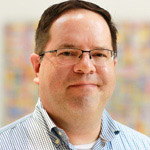 Balfour Beatty, a British multinational infrastructure group that has its U.S. headquarters in Dallas, has brought on Daniel LaFrance as the new vice president and chief compliance officer of its Buildings, Civils, and Investments operations…